What Medications Should I Try To Avoid If I’m Pregnant Or Breastfeeding?

What Medications Should I Try To Avoid If I’m Pregnant Or Breastfeeding?

What To Avoid During Pregnancy

Most medicine commercials on TV have a warning for pregnant or breastfeeding women. Side effects occur frequently. Consulting a physician before starting a new medication is a reasonable precaution since the baby’s health is delicate and takes priority. More than 45% of Americans take at least one drug, prescription or otherwise. Pregnant or breastfeeding women fall into this category as most treat a pre-existing condition. Still, the following medicines while pregnant could be a dangerous combination. 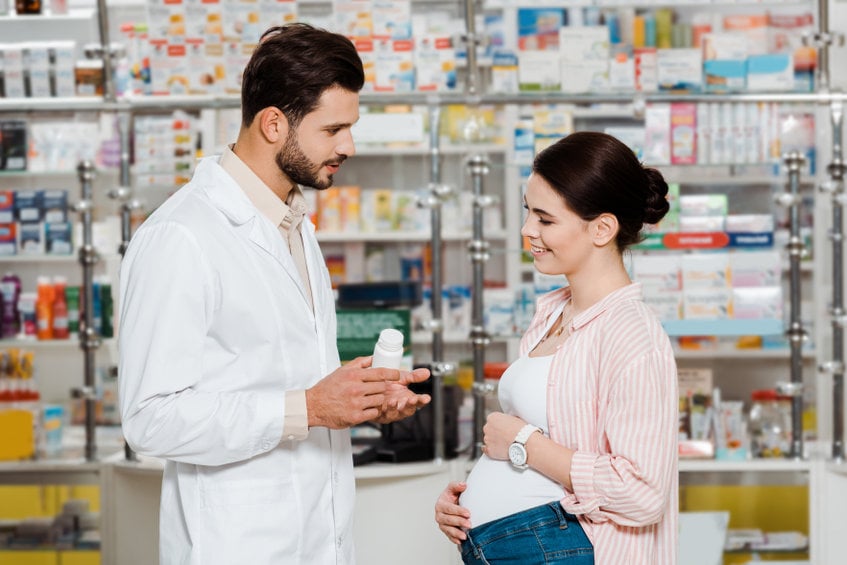 Doctors agree that most over-the-counter pain (OTC) medication, like ibuprofen, is usually safe in small amounts. However, when used in excess, these drugs can impact the growth and development of the child. A connection has been discovered between excess non-steroidal anti-inflammatory drugs (NSAID) and congenital disabilities. Other concerns include miscarriages, jaundice, and heart irregularities.

Hold off on isotretinoin

A dermatologist may prescribe isotretinoin for severe cystic acne or chronic skin conditions. Isotretinoin is a vitamin A derivative that speeds up cell turnover. Despite the effectiveness, women should avoid isotretinoin while pregnant or breastfeeding. The drug can cause congenital disabilities and harm breastfeeding children.

No one likes a stuffy nose or sinus infection. For some much-needed relief, a doctor may prescribe a decongestant. Decongestants like pseudoephedrine typically relieve symptoms by shrinking inflamed blood vessels in the nasal passages. Doctors are unclear of the effects during pregnancy, so patients must use caution. However, there is evidence that pseudoephedrine can pass to the baby during breastfeeding or decrease the milk supply.

Family planning is essential for women treating cancer as treatments could be harmful to the baby. For instance, oral chemotherapy drugs in the first trimester can cause pregnancy loss or congenital disabilities. There are also dangers in the last trimester. Therefore, doctors must closely monitor pregnancies with cancer as specific treatments are safer at particular times.

Studies show that the risks of congenital malformations increase when taking seizure medications. The risk increases further for women taking multiple medications. At the same time, seizures during pregnancy also pose risks to the baby. A doctor must weigh the risks of taking the drug to the baby’s safety. If possible, a safer alternative can be prescribed in the interim.

Blood thinners are taken by millions of Americans every year. These drugs help with heart conditions, blood vessel disorders, or deep vein thrombosis. Blood thinners can help prevent another heart attack or stroke in some cases. However, certain drugs like warfarin could seriously risk the baby.

Some depression and anxiety medicines

Medication for conditions like depression, bipolar disorder, and anxiety can improve the quality of life. When pregnant, however, some antidepressants can be harmful. For instance, lithium helps with bipolar disorder but poses a severe threat to a growing fetus. Studies also show that some selective serotonin reuptake inhibitors (SSRIs) increase the chances of birth defects.

Pregnant or breastfeeding women should visit a doctor or pharmacist to review all medication. During pregnancy, even a usually benign OTC drug could have a detrimental effect on an unborn child. With breastfeeding, the risks are significantly lower. However, there is still a chance some can transfer through breast milk. The doctor or pharmacist can advise on the next best steps or alternative treatment in both cases.