How Much Is Too Much? Benefits vs Risks Of Caffeine

How Much Is Too Much? Benefits vs Risks Of Caffeine

Do You Have A Daily Coffee Habit?

Caffeine is the most commonly used stimulant in the world. Millions of people start every day with a morning cup of coffee or tea to increase energy and improve focus. But what risks are associated with caffeine consumption? And how much is too much? 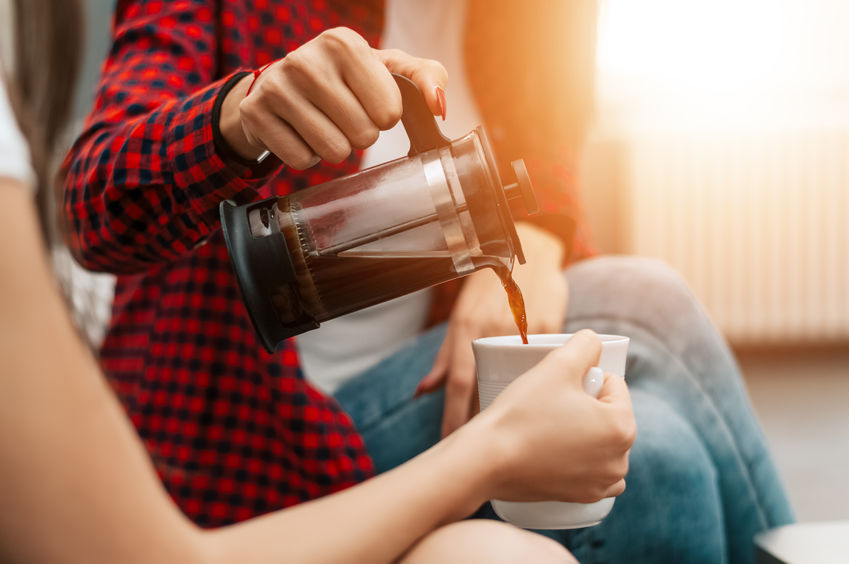 Knowing when to stop

Experts recommend not exceeding more than 400mg of caffeine per day. This is the same amount as about 4-5 8-oz cups of coffee. Some people may consume more than this every day. Others may think that 4-5 cups of coffee sounds like a lot. Specific conditions, such as pregnancy, can make people more sensitive to caffeine. Try to stop consuming caffeine at least 3-4 hours before bedtime, or the stimulant can lead to insomnia.

When is caffeine a good thing?

Caffeine can aid weight loss, both by stimulating thermogenesis and temporarily suppressing the appetite. Research has also shown that just 75mg of caffeine can increase alertness and concentration. Some athletes find that caffeine boosts physical performance, including endurance and increased energy. Some surprising studies have also linked caffeine to protection against cataracts and certain types of skin cancers.

Too much of a good thing

Consuming caffeine in moderation can be helpful. But there is such a thing as too much of a good thing. High caffeine intake can worsen symptoms of anxiety or raise blood sugar in people with type 2 diabetes. Some studies have pointed to a link between caffeine and infertility. Others show that too much caffeine can increase the risk of incontinence by up to 70%.

Because caffeine is officially classified as a drug and people can experience caffeine withdrawal, many people think that the stimulant is addictive. People who suddenly stop drinking coffee can experience headaches, extreme fatigue, or nausea. However, caffeine does not highlight the pathways in the brain that are associated with addiction. Caffeine also doesn’t help sober people up or reverse the effects of alcohol. The stimulant may make people more alert but won’t change the poor judgment or other effects associated with alcohol consumption.

Should you start drinking caffeine?

A moderate intake of caffeine can promote some health benefits without being harmful. Be careful not to exceed 400mg daily of caffeine. However, this amount could vary based on a person’s weight, sex, and sensitivity to side effects. For more information about caffeine, speak with a healthcare provider.